> example product
Japanese says “I Den Shi”.
the functional and physical unit of heredity passed from parent to offspring. genes are pieces of dna, and most genes contain the information for making a specific protein. 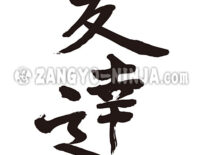