It has a long neck and legs, reaches a height of 6 meters to the top of the head, and eats leaves of tall trees such as acacia. The tongue is long and both male and female have horns. The body surface has spots such as maroon and sand on a yellowish white background, and looks like a mesh pattern. Distributed in Africa.
An imaginary animal in China. It was said to appear as a precursor to the appearance of saints. It has a deer body shape, a horse hoof, and a cow-like tail. It has one horn on its head and emits five colors of light from its entire body.
Japanese said “Ki rin”.
> animals stocks 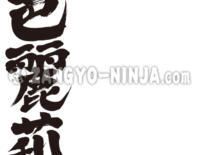