One of the sports competitions. The ball is rolled toward 10 pins standing on the edge of a wooden floor called a lane, and the number of defeated pins competes for points. Origin and history Simple play like rolling stones seems to have been done for a very long time. In Roman times, bowling … Read More

A competition in which two teams of nine people alternately attack and defend using equipment such as balls, bats, and gloves, and compete for the total score in the normal nine innings (one point when turning four bases). It has spread to the United States, Japan and other East Asian countries, Cuba and other … Read More Ball game derived from volleyball. Divided into two pairs by two people, and performed on the court set up on the sandy beach. The rules are similar to a six-player volleyball, but the ball is slightly softer. A type of martial arts where competitors wearing armor face each other and compete for victory or defeat by hitting the part specified by bamboo swords. In the Edo period, it became a samurai table art, and further merged with Bushido to have a spiritual content, but entered the Meiji period and declined with … Read More

A ball game in which two teams of five each throw the ball into the opponent’s basket in the court and compete for points. Also, the ball used for this competition. It’s calls “Ro kyu” in Japanese. The first letter means basket.

A fighting sport that wears gloves on fists, uses only punches, and attacks only the front and sides of the opponent’s upper body. Also “Ken to” called in Japan.

A type of state martial arts. A figurative fist imitating drunkenness. It is not a fist law to fight actually by drinking. It is a generic term that is crowned on a distinctive fist type, with its unique behavior as if you were drunken.

A game in which a leather ball is kicked into the goal and scored. It is named after the interpretation of being a kind of Kemari, a traditional Japanese game. Japan call “Ke mari”. The origin of the fist law is considered to be India. That led to China as well as Buddhism and developed. In Japan, there is a school that takes the form of fist law among jujutsu, and there are also many elements of jujutsu that are similar to fist law in Japanese old martial … Read More

One of the ball games. A team of six or nine teams, each on either side of the court, bordering the net, handing over a large ball by hand.

1. In martial arts, it is something that only the user’s body is rolled out. It is the technique, attack and defense performed mainly with your own body or with bare hands. 2. Gymnastics. Around the first year of the Meiji era, it was used to mean Western-style gymnastics for some time until the … Read More

Also known as association football. The game is divided into two groups of eleven, with the goalkeeper keeping the ball untouched and putting the ball into the enemy’s goal. Japan call “Shu kyu”.

“Swimming” in the Olympics refers to the four categories of swimming, diving, water polo and synchronized swimming, but it is thought that there are many schools where activities as “swimming club” are “swimming league”.

A wrestling in which two players try on the ground and win the opponent if they defeat or move out of the ground. Japan has always been held in Japan and is considered a national sport. Or Sumo wrestler’s abbreviation.

Another name for Association Football. Competition divided into two groups of eleven individuals, except for the goalkeeper, putting the ball on the enemy’s goal without touching the ball. A team that performs the competition. Japanese says shu-kyu-bu.

In the old days was Japan called HaiKyu. a game in which two teams hit an inflated ball over a high net using their hands.

A ball game where two or two players play a ball with a racket over the net. It is a game adopted at the Olympics and Paralympics, and is widely known regardless of age, gender, or physical personality. The group of sports. Japan calls “Tei kyu bu” or “tennis bu”.

Conquest all of the world

To be the world leader in one genre or all. In Japanese team sports they sometimes call this words to win the best in the world. It is used for both good and evil, both according to the rules and against morals and the law. Japanese says “Se-Kai-Sei-Ha”.

An indoor game in which players compete for points by hitting a ball with a long stick called a cue on a rectangular table with Rasha. There are various theories about its origin, such as Spain, England, China, France, and Italy. The modern billiards have been established since the 19th century, due to technological … Read More a traditional Japanese system of unarmed combat. Or empty hand.

a person who wrestle to sumo in sumo tournament. Japanese says Su-mo-riki-shi.

It mainly refers to the act during game. commit a foul. Japanese says Han-soku-ko-i.

straight punch. a blow with the fist. Japaense says Sei-ken-dzuki.

a football game in which two teams of 11 players try to kick or head a ball into the opponents’ goal. football. Japanese says shu-kyu in the past. 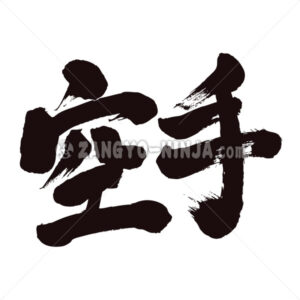 A game in which the center of a flat ground of a certain size is partitioned by the net, and the ball is played by racquet from both sides. The original name is loan tennis. It is also called hard tennis in Japan. Japanese says “Tei kyu”.

One of indoor competitions. On a desk with a mesh in the center, meet celluloid globules together. Ping Pong. High sports competitive sports which are also adopted in the Olympic official competition. Japanese says “Ta kkyu”.