Toyoda, Toyota is the 237th common Japanese surname.
Toyoda, Toyota means a field where you can get a good harvest, which gives you abundant fruit.
> products

And more about Toyoda, Toyota 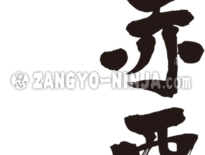