As the word Edo period identity system agro-industry trader, samurai stands above the world, holds the virtue of Confucianism, acts as a saint, and should be encouraged by martial arts. It seems that it was considered as virtue not to be caught by life such as food, food and housing, to think of the happiness of the lord and the people, and to hold the justice even if showing himself.
Japanese says Samurai-Damashii
> more samurai stocks 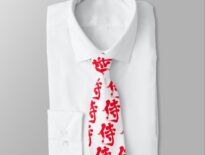